I finally managed to post something here. Four kids, two blogs and many other projects ain't easy as I sometimes think. 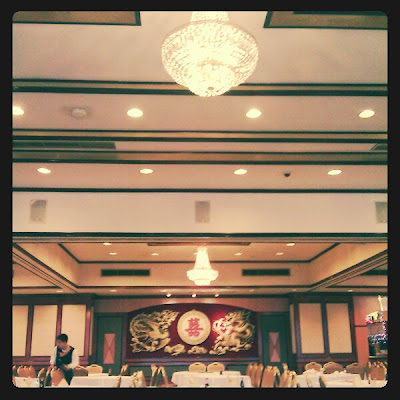 Here are some snapshots from the weekend. We went to Chinatown for an early dinner. It was kind of too posh for Chitown but it was too late to leave haha. Food was awesome though but the servings were too little for an appetite as big as ours. It was also kind of sad eating inside a huge dining room with only 4 occupied tables. I would rather eat at the dirty dimsum joints around there and be able to eat as much as I can and want for cheap.
Oh well, damage has been done, lesson learned. Don't go somewhere with mirrors that are from floor to ceiling and elevator as it's entrance unless it's Valentine's Day or something. Places with a letter B posted outside the door is usually better anyway. :)


Posted by Adventures of Hugo and River at 8:36 AM

Email ThisBlogThis!Share to TwitterShare to FacebookShare to Pinterest
Labels: River