In the U.S. Halloween is almost as big as Christmas. I don't agree that it should be but it is and even if I disagree it doesn't mean that I won't celebrate it with the kids.
Only one rule though, no scary costumes for any of us in the family, though none of my kids ever asked permission to which is good. 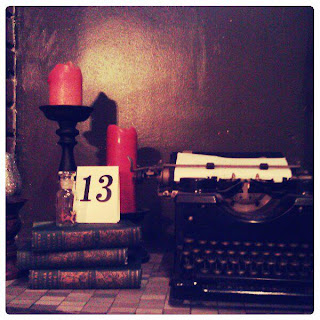 Every year for the past four years, we always trick or treated in the same neighborhood in South Pasadena (top three to trick or treat in L.A.) where there are huge houses with people who has money to spare on candy for hundreds of people. Some of the residents there are from the movie industry who coincidentally, make horror films and no, I never went to their house to trick or treat. You can hear screams from a block away! And in front of the house there is a man in a cloak with chains on his feet and was dragging an axe on the ground, parading back and forth and scaring everyone who were too afraid to go inside the gate.Oh the sound will give you nightmares! Last year, he had an electric chainsaw! Think chainsaw massacre! It gave me goosebumps because it was a real working chainsaw! Kids were screaming and crying, including my 7 year old niece who I believe cried last year too.
Their windows were covered with planks of wood, their family members look like they came straight from a Horror flick. Everyone was in character, their dedication to it is appalling! Every time I pass by that house, I walk a bit faster than usual but this year's Halloween I had to stay longer, my twin daughters conquered their fear and decided to go. When you go inside the gate to get candy, there is a tent on the drive way where you have to go in if you ever want to leave the premises. When they finally came out, I couldn't understand anything they said because they were speaking to me at the same time for like 10 long minutes. All I heard clearly was "mike myers', only because they said that name at the same time so I heard it loud and clear. Funny but I still probably won't go next year though I should. I might as well conquer my fear before the world ends on 2012. Well, we'll see. :)
For costumes this year, we, as always,had to improvise. We are not fans of shelling out $$ for costumes that we will never wear again and costumes that we would mostly see on someone else on the same night. My kids don't mind, even my four year old son didn't like wearing costumes that i had to chase him around the house just to make him try something on which was always unsuccessful.
But at last, this is what he agreed on and boy did he love it! It was a last minute idea that worked pretty well. Costume-looking enough for Halloween, cool enough for this too-cool-for-costumes kid and I didn't have to spend a single dime because everything was already around the house.
What's not to love? 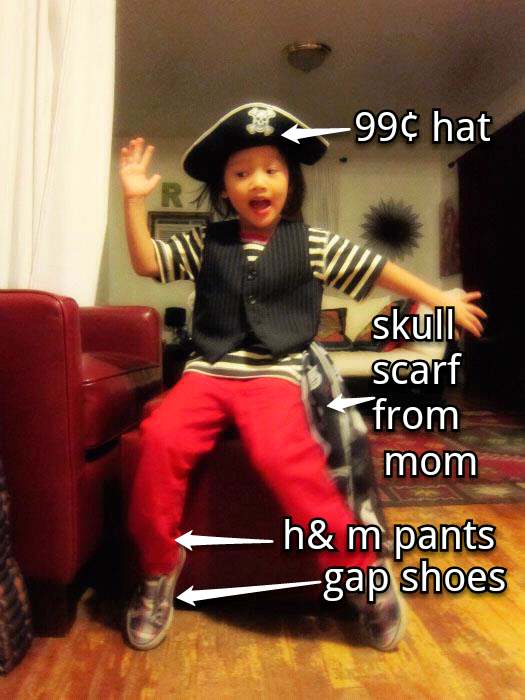 My twin daughters were dressed as hippies. 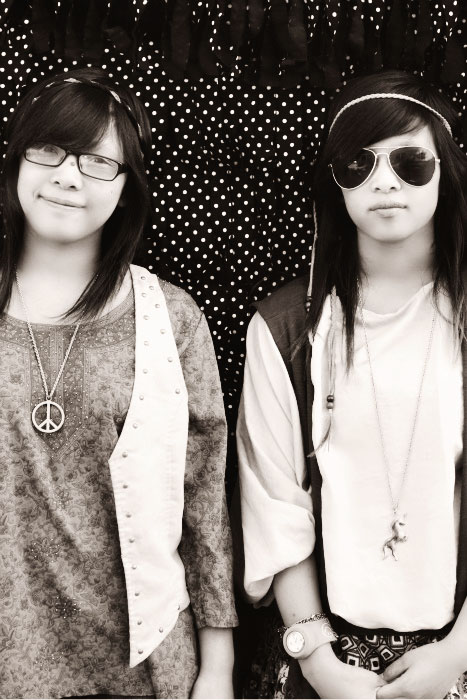 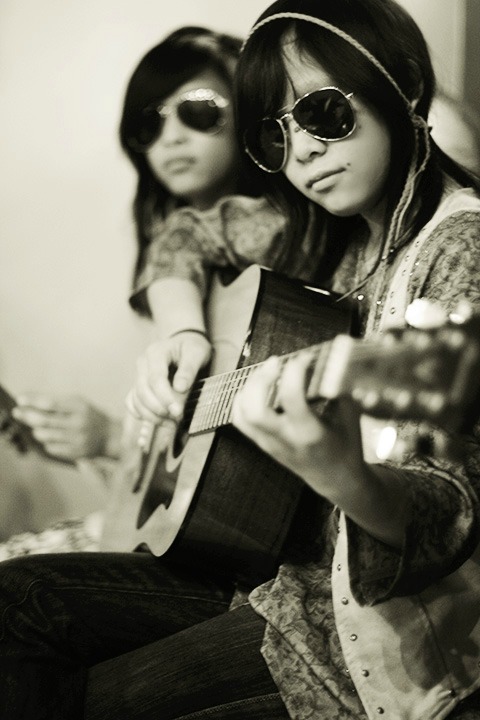 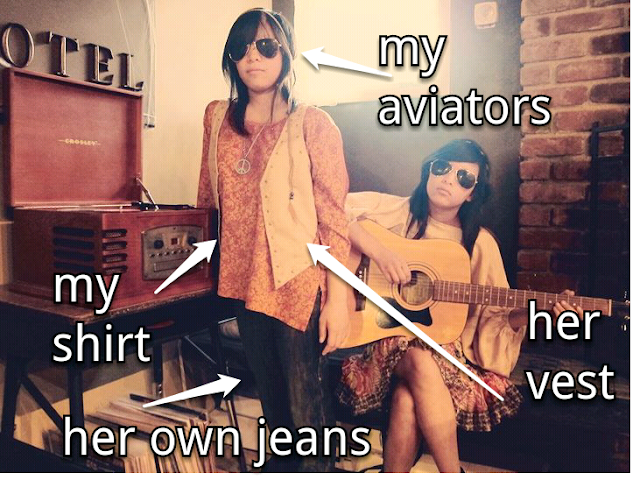 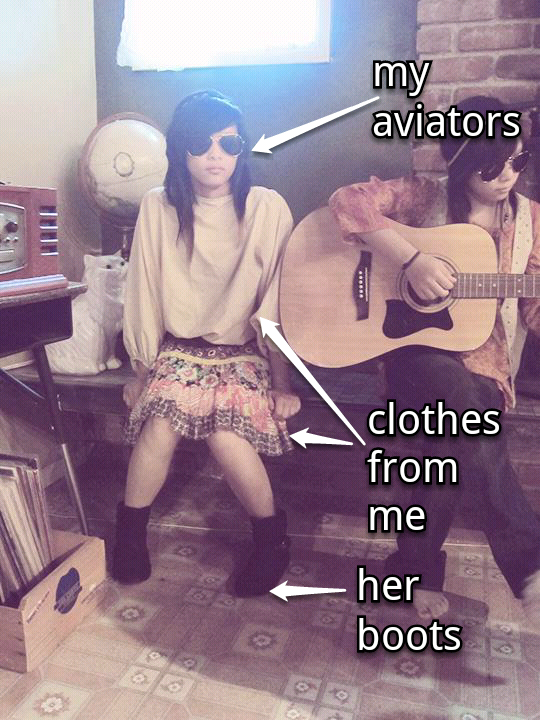 My other daughter was dressed as a cat, a confused cat that is because she had a raccoon tail. She doesn't like posing for photos so what's a mom to do?

Take a pic,make it quick...
But sadly, it always turn out blurry. 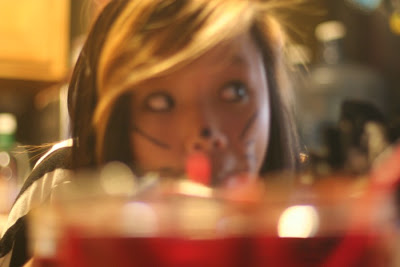 So there you go. Now, Thanksgiving and Christmas. I so love this time of year but not the extra pounds.
Posted by Adventures of Hugo and River at 3:33 PM

Email ThisBlogThis!Share to TwitterShare to FacebookShare to Pinterest
Labels: River