Guess who had fun with the older kiddos? 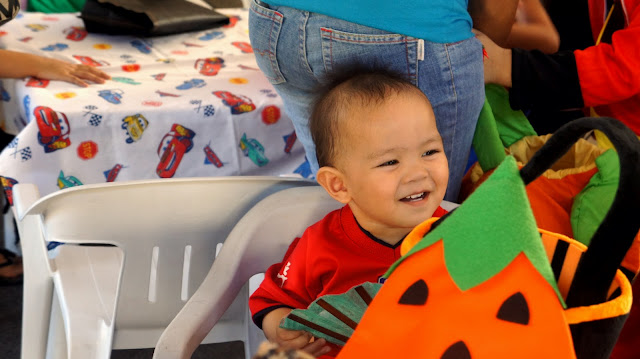 Last weekend, Hugo went trick or treating* around the neighborhood village with his ate Nique and her friends.  This is Hugo's first trick or treat trip (say this fast three times) and more than anything, I wanted him to enjoy it.


There were plenty of choices for the little one's costume but we decided on the timeliest (read: uso) and most comfortable. Hugo's dad wanted him to go as Steve Jobs (with us being big Apple fans) but black turtle neck shirts for babies are impossible to find in Manila. Plus, do we really want him to sweat the lines and the heat in all that adult get up? He also had the token superhero unitard(Spiderman) that he was so uncomfortable in. 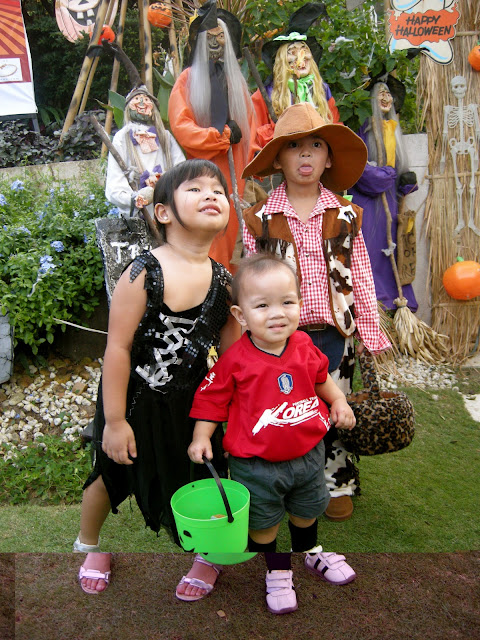 Our final choice? He went as a football player.


This outfit is a no brainer: just grab sneakers, knee high socks, his jersey and shorts and he's ready to go! 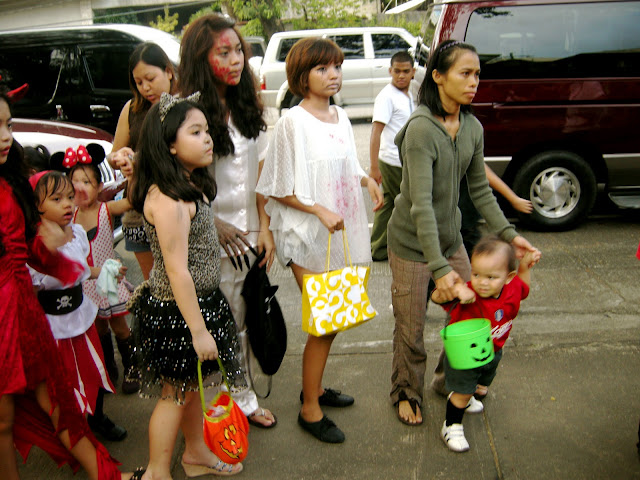 He was very comfortable; he looked like he was just hanging out! He never cried or complained when we let him walk what could have been baby miles. As long as he saw his Ate Nique sweating it out, he probably thought why shouldn't he be sweating, too? 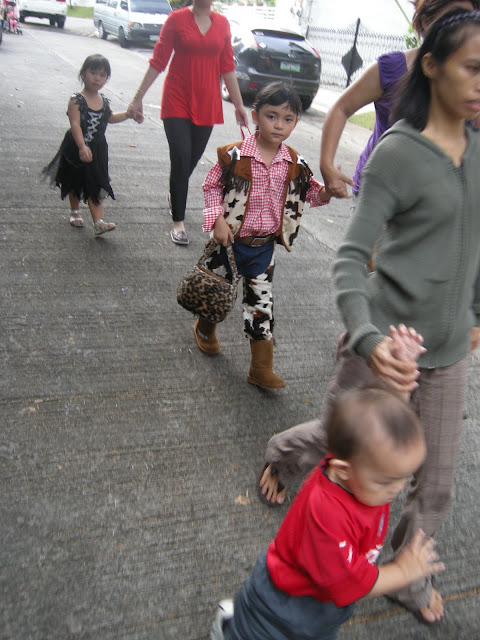 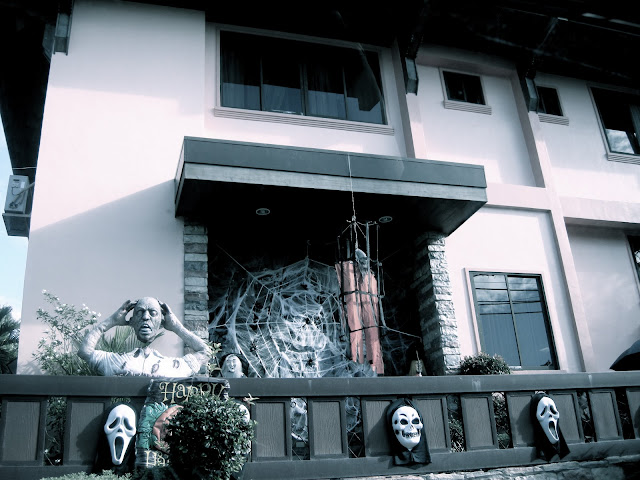 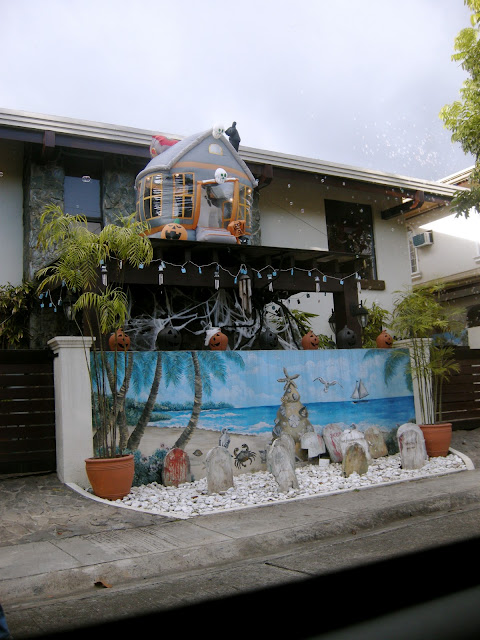 I spotted two other kids wearing football jerseys, too. One who was as small as Hugo, came as an Argentinian football player (Messi!). I also spotted some photographers taking pictures of Hugo. He was so cute, insisting on carrying his pail himself. (Haha. Biased.) 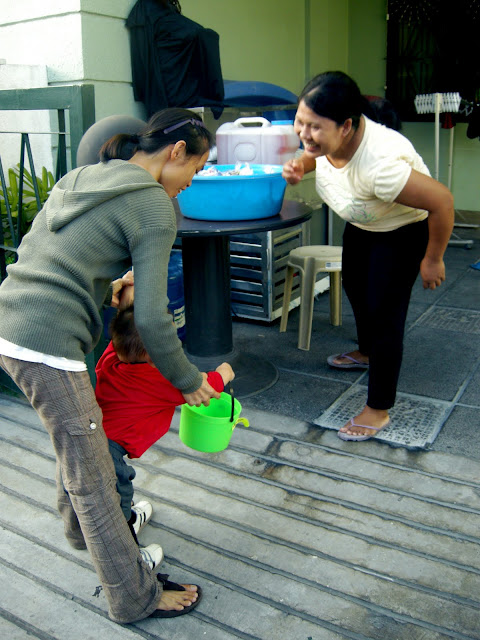 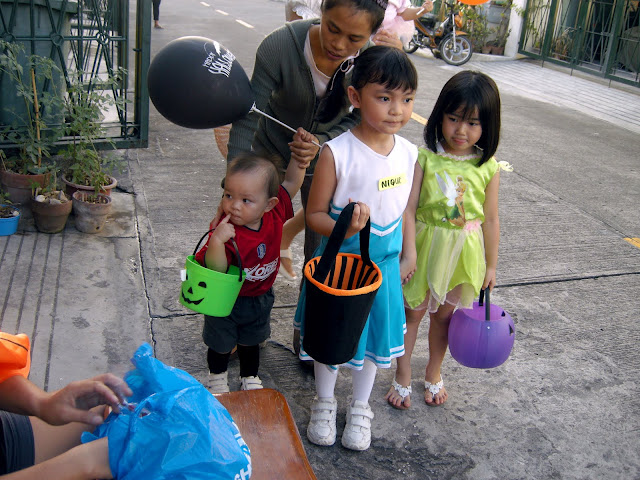 So people got the point, I also wore my favorite jersey (Azkals!). I got compliments on that, too. :) 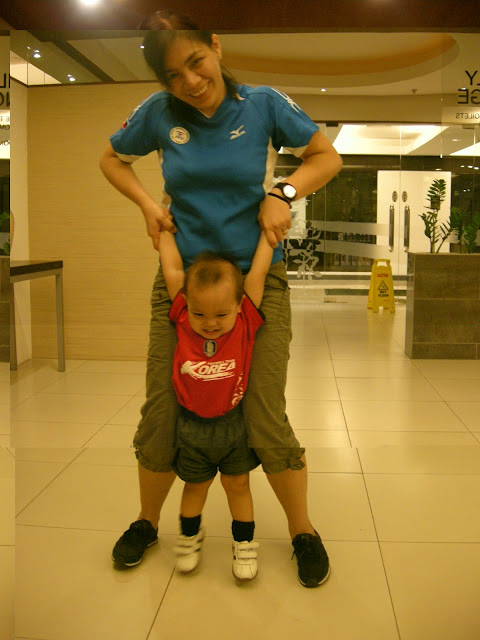 *Yes, Halloween and trick or treating are not endemic to the Philippines. And yes, we do have that here now, but only in villages and malls and only before the more important Ph holiday, All Saints' Day.
Posted by Adventures of Hugo and River at 5:50 PM

Email ThisBlogThis!Share to TwitterShare to FacebookShare to Pinterest
Labels: HUGO, what he did, what he wore