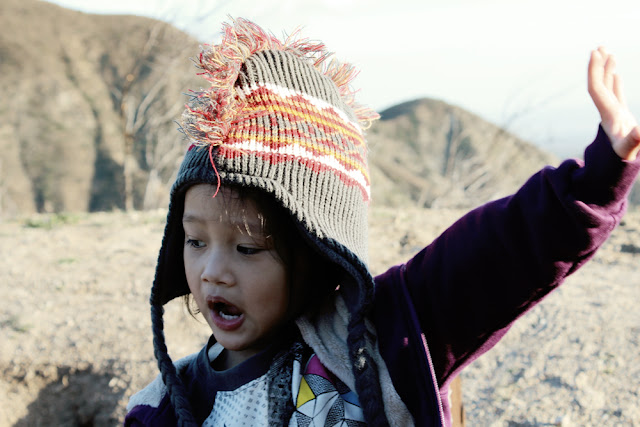 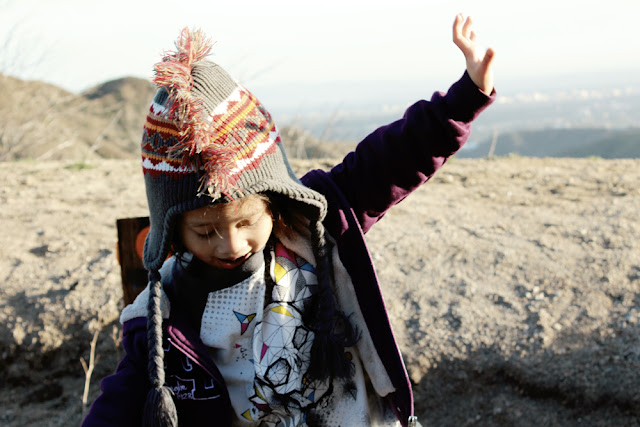 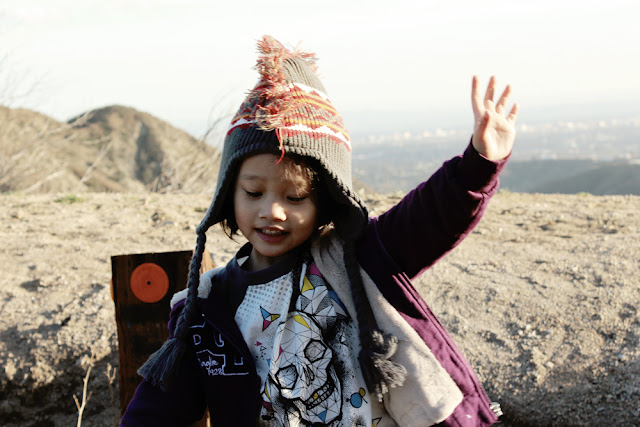 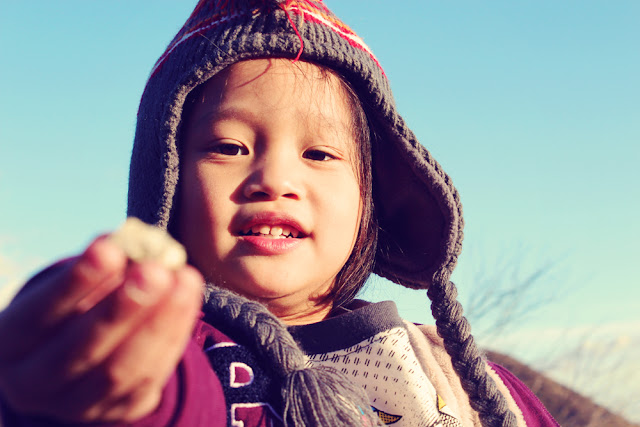 We rarely go out but when I saw River yesterday in the mountains, I think it's time to 'unplug' (meaning less computer) and hang out more with nature.

Since he was as young as the first few years that he began walking, he had been picking up leaves, flowers and dried leaves for me. (I meant to press them and then frame them or tape them in a book but I never got around to doing that. I know I'll regret that when he gets older. Actually I already regret it now).
I should have known then how much he loves nature but I didn't or I didn't pay much attention.

I think kids naturally love being outdoors, they are equipped to have dirt inside their nails or their hair, I honestly think that they NEED nature to boost their immune system. I don't know what happened but modern day parents seemed to have settled to electronics like tv, ipads and computers as the best past time for their children. Ahem, I'm as guilty as anyone can get. I went to the mall last December for the tree lighting and I was appalled by all the children around me from as young as 6 months old and above,all glued on ipads and phones, watching their favorite shows while the parents chit chat with other parents. What have we become as parents, nurturing the future leaders of this planet? Oh how I hated what I saw, how they are missing out looking at all the beauty around them, the Christmas lights, the Santa's house, the gigantic tree in front of them. They were all oblivious to the beauty that surrounds them and the parents seem to be so happy that they have found the best  baby sitters for their children so they can go about their lives. TV shows are raising our children, how sad and parents work to buy the best toys, the best gear for their kids, I mean, do the kids really need those?  I truly think that kids would not mind if they rode in a brand new car or a good enough car or if they had the best expensive toy or if they just ran around in the backyard or park. I think we've completely messed up the concept of their needs and what we want for them (and ourselves) and I think that's a bit selfish, don't you think so?

I saw this billboard on the way to the store one day and since then, I feel a certain guilt inside me that I cannot shake off.

This campaign is just too strong to ignore and I know a lot of parents have the same sentiments that I have after seeing this billboard. I am so guilty that there are times that I refuse to look up but then I find myself looking up and having that same feeling I felt the first time I saw it. 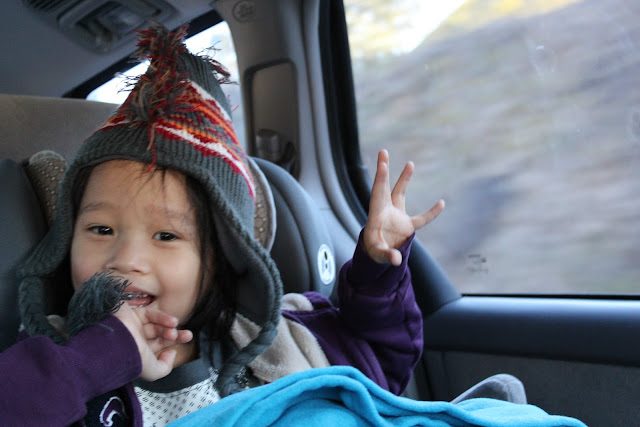 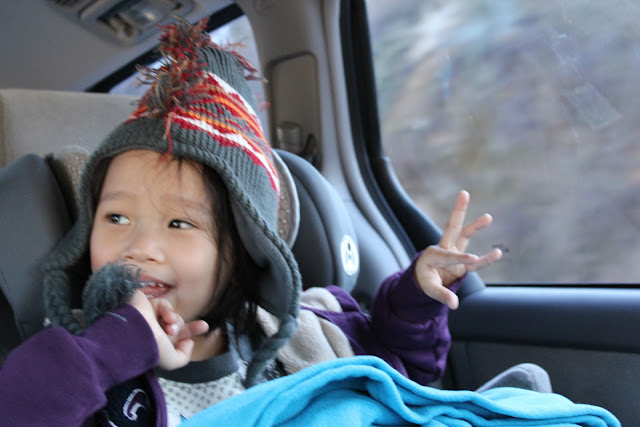 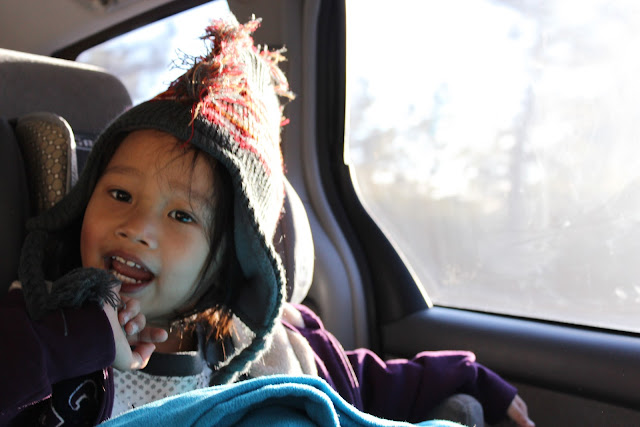 Could you accept this challenge with me? If you in any way a parent like I am? Stay away from the malls and walk outdoors and breathe in fresh air instead? Skip the indoor playground and choose the outdoor park? Refuse to buy toys for awhile and make some handcrafted ones? together? Unplug and discover nature? pick up leaves, pine cones, branches instead of lego pieces? Skip the fancy restaurants and let them eat like kids. Look up in the sky, look for cloud figures or count the stars instead of looking down at the phone screen watching wow wow wubzy? We can do this, I know we can and I think we will be raising happier kids that way. Kids who actually nap in the afternoons and sleep early at nights. I am mostly talking to myself while writing this but if this entry kind of strikes some nerve in you then maybe you are like me. So, why not make this year very different from the past years and just do what the kids would enjoy and not what we would enjoy and someday, when we see what we've reaped, kids who aren't materialistic, kids who are healthy and happy, kids who are simple and kind, I could go on and on then we can give ourselves a pat in the back. That is what good parenting is about.

I truly think, that society has messed up with our brains and told us that success is how much money we have in the bank or what level of education we have finished. Is that really what success is about? Is success being in a job you hate? Being with a boss you want to strangle? Having a ton of credit cards you can use to buy things you don't need? What is success to you? To me, success is being a household name, writing books, my photographs landing in magazines and websites and having this dream inside me is taking away time from my kids but this morning I woke up with a different desire inside of me and that desire is what my kids desire as if fate allowed me to borrow it for a minute and look inside them and experience their wants, their needs. Yes, I still have a dream for myself that I want to achieve but I think that my children should come first. When we brought these kids to this world, our dreams are just secondary to their needs. That rarely happens. They set their needs on the sidelines to accommodate what we want for our lives and then we attend to them on our free time. Parenting had become a chore. Parenting had become an occasional thing. We have a desire so high that we bury ourselves with work so we can achieve that one goal, we pay strangers to raise our children so we can do what we want, turn on the tvs and computers so we can work on things that would put more money inside our pockets. Let me ask the same question again, what have we become?

I think true success to me is having joy inside you that no one can ever shake off of you, being able to raise kids who would be great husbands and amazing fathers or daughters who would be amazing wives and mothers. Why raise a child who becomes a rich miserable employer who treats his employees like crap? Is that success to you? Why raise a child who thinks that expensive bags and shoes are the mere reason of her existence? Is that success to you? I don't know about you but I think 2012 is the time to unplug. There is nothing wrong with being wealthy. I want that for my kids too but I think that is just secondary to having a heart inside their chest and having a smile on their face. I want to raise kids who actually love the jobs that they are doing and go home to a happy family who actually eat together at dinner and that's when I know I am an awesome mother. That is true success to me.

So beginning today, I will minimize the use of my computer and play more. Go out more and enjoy the outdoors. My children are more important than any dream I have.

Posted by Adventures of Hugo and River at 10:47 AM